Firstly, we would like to thank everyone who took the time to listen to us and give us their opinions about the league.

It's been months talking to a lot of people. Months in which we participated in the organization of several events and bootcamps - including two in-person events - that gave us the opportunity to understand a little more about the players and how we can help the community.

The format that we previously proposed for the league, in the style of the Brazilian football championship, is a different format from the normal one, but one that we still strongly believe in. But we understand that now is not the time to do something like this. While organizing weekend tournaments came naturally to us, getting teams to play something longer term wasn't that simple.

The reality is that it is quite difficult to maintain a 5 player lineup when teams do not have a financial structure, sponsorship or organization behind them. Teams fall apart all the time and keeping people engaged with a team project for 2 months is no easy task.

And that's why we're changing the league format a little bit, to be more inclusive and give more players and teams the opportunity to participate.

But how will be the Duality League anyway?

We changed the format so that more teams could participate. The league will still take place every 2 months but will last 2 weekends, being divided into two phases (groups and playoffs).

As this is a shorter league, the prize pool has also been adjusted accordingly, to BRL 1600.00 in cash.

With the changes in the format, we now accept 2 payment formats for the registration fee:

Players can still subscribe individually, but this is an exclusive benefit for Duality Premium subscribers.

The subscription fee can be an option for teams and players who do not want to commit to a longer term, but in addition to not having the advantages of Premium, subscribing to Premium ends up being cheaper.

In addition to paying cheaper to play in the league, Premium players can use the training servers and participate in the weekly bootcamps, which also gives league advantages - the best teams have the chance to automatically qualify for the playoffs.

Substitute players must pay an additional fee of BRL 20.00 or subscribe to Duality Premium.

Over the 2 months pre-league, we will continue to do our bootcamps that you have already enjoyed.

But now bootcamps have an added benefit: The best teams in the two months of bootcamps automatically advance to the league playoffs.

All updated information can be found on the league page.

Did you like the news? Be sure to tell us your opinion on our social media. We are listening to you!

See you at the bootcamp on 04/22, the last one before the start of the league! 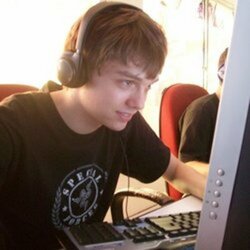