Hey players, how are you? Trying not to go crazy in this period of isolation? Calm down, this will soon pass. And speaking of that, today we are going to bring up a subject that almost everyone has already gone through and that can be desperate, the departure of a player from the team. And we know that with the departure, unexpected or not, many questions begin to arise. Who will replace you? How will the matches be from now on? Should I relocate my team again? Calm down, take a deep breath and come to understand what to do with us right now! ;)

The player left, what now?

Rest assured, this is not the end of the world. As much as you are very careful to lead your team, the departure of a player is often inevitable, people can change projects, want to test new games or new modalities. So it is important to know how to act when you lose a player.

The first step is to communicate with your team, as we have seen here, communication is the key to victory, and that is not just for when you play. Talk about the situation and advise on what to do during the next games, if you have not yet found someone else to join the team. This time is also great for reviewing the positions of each player and whether they are satisfied or want to try another position.

How to find another player?

#### Search for someone on your team

How about relocating the positions and putting someone else in the role of the player who left? Look for substitutes within your team. Depending on the position, it does not necessarily have to be just a player, so other people can share the roles that the former player had. You can train new game tactics and see if you can achieve a good result.

If you are the team captain, it is important to be careful with this relocation of roles, thinking about what the new team will look like and whether the other players are comfortable with the new decisions.

Search for a new player

Most of the times the teams formed already have the necessary number of players, needing in this case a new member. In this case, it will be necessary to call someone from outside to compose the team. If you already know a new person, make sure that they are pursuing the same goal as your team, and in what role they prefer to play. With the new team formed, your team can start participating in small championships and training to see how the result will be.

Find a player for your team in Duality Not for nothing, but this is one of the best tips for you who lost a player. Here at Duality you create your profile according to your needs, and you can advertise vacancies for your team. So your team will find a new player with the same goals and the role they are looking for. Cool huh?

Also, did you know that forming your team in Duality has several cool advantages? Look that:

Here you can filter your search, considering objectives, levels, location, in-game function, even the times available for training, which is very important.

As you already have your team formed, you can use the platform to organize training schedules and even find more people to be part of your team. In addition to being able to start practicing in championships, choosing amateur or professional teams.

Did you see how we found several solutions to this situation? So call your team, register here on the site and enjoy these and other advantages! Even more players;) 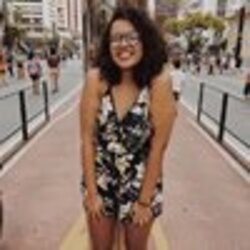